This paper gives the opportunities we have had in making disciples thru mostly nationals with much less cost than putting much money into short or long term American missionaries. It is what we have learned over the past thirty years. It is based on some evidence presented here and some presented in AndMakeDisciples.com.

In Helping Without Hurting in Short Term Missions, page 32, the cost of Short Term Missions is estimated between $1.6 and $2.2 billion a year. The point is then made that the problem is not that so much money is being spent for this but “how inefficiently the money is used when allocated to traditional STMs”. (1) 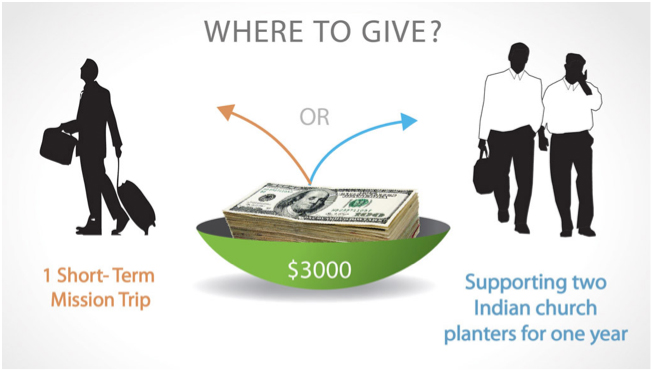 Opportunity Cost. Once the money is used for a short term American mission trip, it is not available to help national missionaries in more effective ways. Other possibilities for $3,000 include Childrens’ Bible Clubs for 2000 children for 10 days, 20 Proclamers to disciple 20 villages, or literacy training for 100 adults for one year. 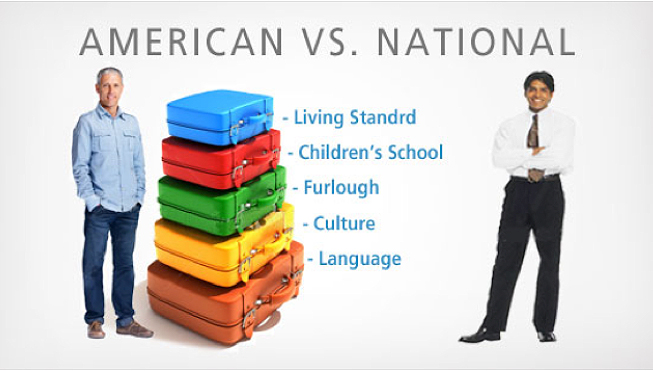 In Measuring What Matters, pages 14-15, Dave Stravers, an American who had served full time in overseas mission work, discusses how the world for missions has changed starting about 40 years ago. “Two centuries of Great Commission activity had successfully implanted the Gospel in almost every geo-political nation.” “A new paradigm was born- one that encouraged Western Christians to send or support “native missionaries” as opposed to Western missionaries.” (2)

Another missionary leader stated that “the best workers to recruit are people from the country where the people group lives.” He is referring to Unreached People Groups. Often the national knows the culture and language which costs a lot less than for an American to learn.

In Indian Sending, from Perspectives, K. Rajendran, the Indian author discusses how from 1947 when Western mission agencies began to withdraw thru the 1960s as new indigenous Indian missions emerged, India missions went from needing training, to when they could train their own people, and then to the “largest missions association in the world with more than 220 organizations sending out nearly 50,000 Indian workers” in India. (3)

In Helping Without Hurting in Short Term Missions, the authors discuss opportunity costs “For every investment of our resources, whether time, money, or energy, there is something else we could have done with those resources instead.” For example, if one has a thousand dollars or a hundred thousand to give, once it is given for one cause, it is not available to give to another cause. The concepts of opportunity costs can apply to mission giving.

Based on my knowledge of engineering economics and business, my application of opportunity costs in missions is:

The process is then repeated and new options may be included to examine. Usually for best results, longer term investments and follow-up inspections and continued knowledge acquisition are required.

Our past thirty years of learning and continued mission giving, can be broken up into these five steps with some explanations.

About six years ago, I decided we should focus on India. We had been involved there for 25 years. There are many unreached people groups who have never heard the gospel with follow-up to make disciples. The Dalits and other lower caste were put down by their Hindu religion. They were open to a religion that gave them hope here on earth and for eternity. The cost to equip national Christians to spread the gospel was very low. Only 2% of Indians may be Christians.

The opportunities to give to were many. These included television, radio, and tools to help an organization. We let the organizations we give to and believed to be effective, pick their own tools.

A big question that arises is how to be accepted in an unreached people group. One could drill wells or have large social help programs. We have seen very low cost programs such as adult literacy and children’s clubs with their social benefits and learning about Christianity work very well.

We believe the most important objective is their becoming disciples rather than their physical well-being. The physical part is important and mentioned often in the Bible. However, once people start becoming disciples, the money spent for alcohol and gambling is used for their own betterment. As a church develops, the members start helping each other including taking in orphans and the sick.

We ended up focusing on five Indian church planting groups. We continue to spend some money on short term trips to evaluate these national ministries. We have paid another evaluator for four years, including two five week trips a year to India. We continue to do cross checking with others who have knowledge of the missions we support or are considering supporting.

We also work with a few of the one million international students and many immigrants in America to introduce them to Christianity and disciple them. We can do follow-up easily which is not true of most so called ‘short term mission trips’.   We also support a ministry to reach immigrants and refugees. Both of these groups bring the gospel back to their countries.

From Charity Giving Season it is explained how “75 percent of all donors don’t do any research.” (4) before making a donation.   Another source said 50 percent of business people, who one would think would take the time, do not do any research before giving.